Reshaping the Pipeline into Aerospace Careers 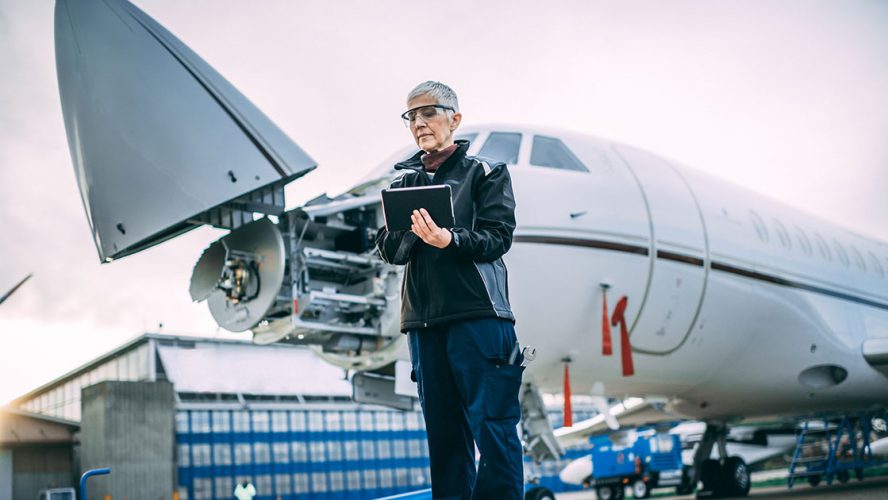 When considering rocket science, you probably think a specific person — maybe someone you’d call a genius — has a shot of making it.

Maybe you think this person has to take all the right classes in high school, ace those classes, graduate at the top of his class, and then nab the best opportunities post-college to get his foot in the door and excel. You might think only of a man, and maybe he is white. However, these kinds of notions couldn’t be farther from the truth — and leaders in aerospace, such as Dr. Rebecca Keiser, chief of research security strategy and policy at the National Science Foundation, are raising their voices to debunk common myths and campaign for more diversity.

This thinking around the field is part of a “rigid mindset” that needs to be broken, suggested Keiser, who is also head of the international office at the NSF, chair of the board of Women in Aerospace, and a NASA veteran. “I’d like us to think about whether there are offerings that we could have for those who go to community college, who are very interested in different types of careers but might not have taken that one industrial engineering class that was a prerequisite for industrial engineering that you needed to then go into something else,” she noted as an example. “Can we think about a diversity of opportunities for people to go into these different fields? I think it’s really possible.”

Keiser explained that in aerospace, as in many fields, there are often pipelines, which involve the aforementioned steps. But leaders need to create more pathways to allow space for people who may not have followed all the steps the seemingly obvious way.

These pipelines tend to exclude women and people of color. In June, Keiser penned a note on the Women in Aerospace website, writing “The proportion of individuals from under-represented groups in science and engineering jobs, although up from 9 percent in 2003 to 13 percent in 2017, remains below their share of the college-educated workforce (17 percent).”

While individuals in underserved communities don’t always have access to the same educational opportunities as those in wealthier groups, programs such as the Posse STEM Foundation can help the former individuals obtain internships, spots on projects at government agencies, and degrees at community colleges or technical schools, for example. These opportunities can pave the way for a career in aerospace, Keiser said.

Similarly, Athena Swan Charter, a framework that institutions use to promote gender equality in STEM throughout England and Wales, could be replicated for promoting diversity across the board in other parts of the world, she added. Those institutions who do use this blueprint get a certification. “That’s another example of a way that we could reward inclusion and reward diversity through what we do,” Keiser said.

Of course, bias and prejudice still exist in STEM, and that will require a shift in broader thinking within the industry, Keiser explained. For instance, much of the work within aerospace is team-based, and from her experience talking with people currently in the field, it’s clear that team members tend to choose teammates who look like them. “I talked to a woman of color, and she was one of the few women of color in a particular engineering class at a university. She said it was a constant problem,” Kesier said. “She felt almost like when you’re in gym class and they choose teams. And it was so awkward: When she was ‘chosen,’ she wasn’t sure why, and it made her question the whole selection process, and made it so she didn’t really feel like she was an important part of the team.”

Individuals who may have different personalities or live in places that don’t allow them to pursue careers in aerospace, may be left out.

The good news, Keiser said, is that at present everyone is working remotely, so location doesn’t matter as much for tapping into opportunities in aerospace and STEM, overall.

“The pandemic has shown is the democratization of science, honestly,” Keiser explained. “What I hope is that post-pandemic, we take the good things from what we’ve learned and find alternative ways to bring people in.”